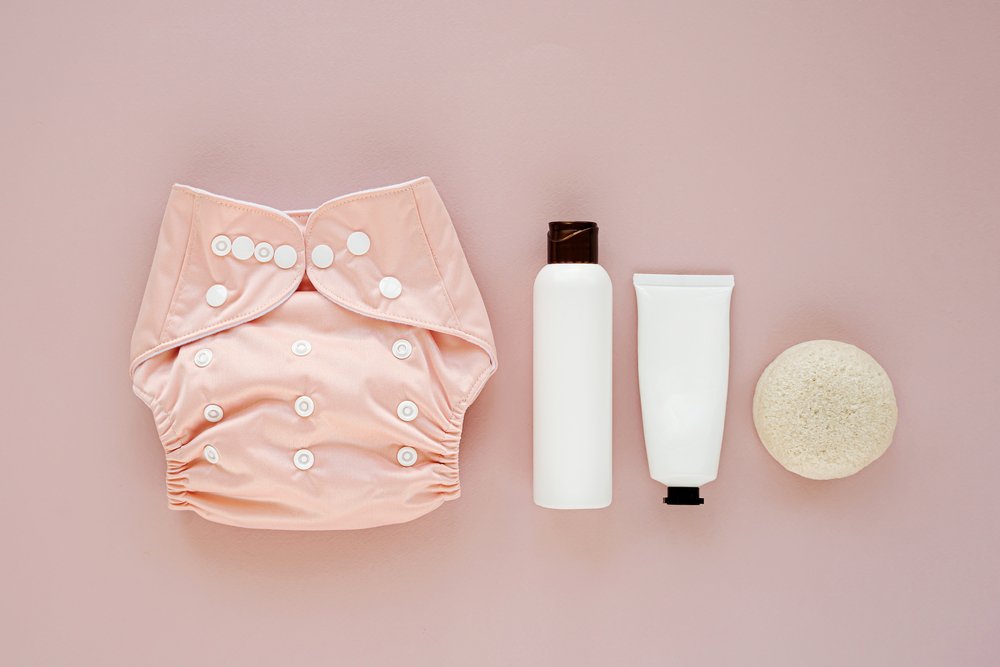 A fitted cloth diaper is a pre-shaped diaper made to fit like a disposable diaper. Fitted cloth diapers are very popular among cloth diaper users since they are the simplest to fasten and most reminiscent of disposables. They come in a variety of styles, including all-in-ones, hybrids or all-in-twos, and pocket diapers.

What Are Fitted Cloth Diapers?

Fitted diapers have an hourglass shape and have elastic bands at the legs and waist to provide a snug fit and prevent leaks. In addition, they use snaps or Velcro to fasten the diaper onto the baby’s bottom. Some include a water-proof layered built-in, and others need an additional diaper cover.

Most common is the one-size fitted diaper, which can be adjusted as your baby grows and fits most babies for the majority of their diaper-wearing years.  There are also newborn fitted diapers. A newborn fitted cloth diaper typically fits babies between 5-9 lbs.

Cloth fitted diapers are commonly made from cotton, hemp, and bamboo.

What is a Hybrid Fitted Diaper?

Because of the extra absorbency, hybrid fitted cloth diapers can go longer than traditional fitted dapper between changes.  They wick moisture away from the baby’s skin instead of it all pooling in a central absorbent pad in the middle of the diaper.

Hybrid diapers are more breathable than regular fitted diapers. Hence, while they are not 100% waterproof, it is possible to go without a fitted diaper cover around the house if you can change diapers more frequently than every three hours. Going without a diaper cover allows your baby’s bottom space to breathe, which will help prevent diaper rash.

For Whom are Fitted Cloth Diapers Best for?

A fitted diaper provides a level of convenience some other types of cloth diapers don’t. For one thing, they are easy to put on and take off; once soiled, you rinse out the poop, if needed, and toss it in the laundry bin until it is time to wash.

While most child care centers will not accept cloth diapers, fitted diapers have the best chance of being allowed, particularly if you can demonstrate how simple and easy they are to use.

Ideally, cloth diapers should be line dried in the sun when possible. Fitted diapers take longer to dry than flats or prefolds because of their bulky design. Therefore, they will work best for people who have the time and patience to allow them to air dry.

Fitted cloth diapers that use a waterproof cover will reduce dry time since it is two separate pieces, and a baby can usually wear a diaper cover more than once before being washed.

Pre-fitted diapers are an excellent choice for cloth diaper beginners and those who want a simple and easy system.

What Materials are Used for Fitted Cloth Diapers?

A cloth fitted diaper is typically made from bamboo, cotton, or hemp. The absorbent material is made from one of these three textiles. In the case of all-in-ones or pocket diapers, they will have the other waterproof layer with PUL waterproof fabric.

Hybrids will have a poly-fleece lining in the diaper that increases its absorbency and wicks moisture away from the baby’s bottom.

A regular fitted diaper will require a waterproof diaper cover over the top.

All three materials are also used to make diaper inserts that provide added absorbency to your cloth diapers.

How Much Do Fitted Diapers Cost?

Fitted cost diapers can vary drastically in price from retailer to retailer. It will depend on the brand, the company, and the size. However, on average, you should expect to pay anywhere from $15 to $20 per fitted diaper. For example, a Thirsties brand bamboo fitted diaper cost about $20 on Amazon.

In addition to the diapers, you will also need fitted diaper covers. The covers can run anywhere from $10 a piece to $15, but most covers you should be able to use more than once before washing.

All-in-one diapers and pocket diapers tend to be less costly than traditional fitted diapers, and you do not need to buy any additional covers.

You will need a minimum of fifteen cloth diapers to start with, but it is recommended you have enough for two to three days, so ideally, you’re going to want to have twenty or more.

You may also need to purchase additional inserts for absorbency and nighttime. A pack of a dozen inserts can cost anywhere from $14 for cotton to $30 for charcoal bamboo.

The Benefits of Fitted Cloth Diapers

There’s no question that cloth diapers fitted to your baby’s bottom are the most convenient and beginner-friendly, but fitted diapers also have other perks.

For example, fitted diapers are less prone to leaks than prefolds because there is less user error to worry about. You also don’t need to fuss with diaper pins or other fasteners; there are fitted cloth diapers with Velcro and snaps.

A newborn fitted diaper will usually fit babies up to 9lbs, and a one-size diaper usually fits babies from 8lbs to 30lbs or more, meaning the diaper can grow with your baby.

Additionally, cloth diapers are more environmentally friendly and better for your baby’s skin. The upfront cost may seem substantial, but you will more than make up the difference throughout the diaper’s lifetime, especially if you use them for a second child or re-sell them.

The Downsides of Fitted Diapers

The main downside to fitted diapers over other styles of cloth diapers is that they are more costly than prefolds or flats. For example, a pack of ten cotton flats will cost about $14, that’s only about $1.40 per diaper. In contrast, a 3-pack of cotton-fitted diapers costs roughly $18; organic-fitted diapers will run slightly higher.

Not all fitted diapers come in the one-size option, so you may need to purchase one set for the first year or two and then purchase a second set as your baby grows. One-size diapers tend to be the most costly, so this is one possible way to spread out the upfront cost over time.

Snaps and Velcro can also wear down and break over time, even with the most careful use and care, so replacing diapers may be inevitable. On the other hand, flats and prefolds are less likely to wear out over time, and they can be repurposed as cleaning cloths, burp rags, and hand towels.

How To Use Fitted Cloth Diapers?

Except for all-in-ones and pocket diapers, which technically are not traditional fitted diapers but work in the same manner, you will need the fitted diaper itself and the cover. If you are looking to increase the absorbency level, you will also need diaper inserts.

To place the diaper on the baby, you lay it down like a disposable diaper, lay in any inserts you are using, and fasten the diaper around the baby’s waist with either snaps or Velcro. Lastly, you will need to place a waterproof diaper cover over the diaper.

It is recommended to use an insert overnight or if there will be a more extended period when you cannot change their diaper, such as while traveling on a plane or in the car. However, some people choose to use inserts with every change because it ups the diaper’s absorbency and can prevent unexpected leaks.

You may have to play around with the sizing and adjustment before you find the perfect fit for your baby. If you see red lines or marks when you remove the diaper, it was fastened too tight. On the other hand, if you are experiencing frequent leaks, the diaper may be too loose. 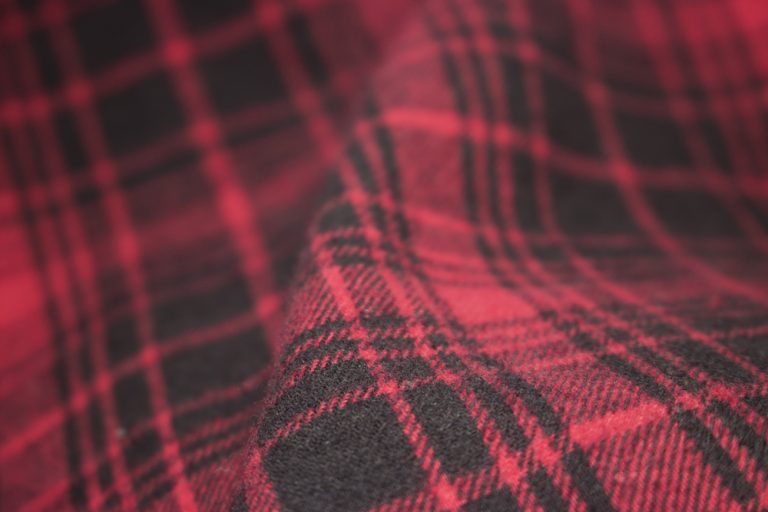 For many of us, when we hear flannel, we think of the rustic, plaid shirts… 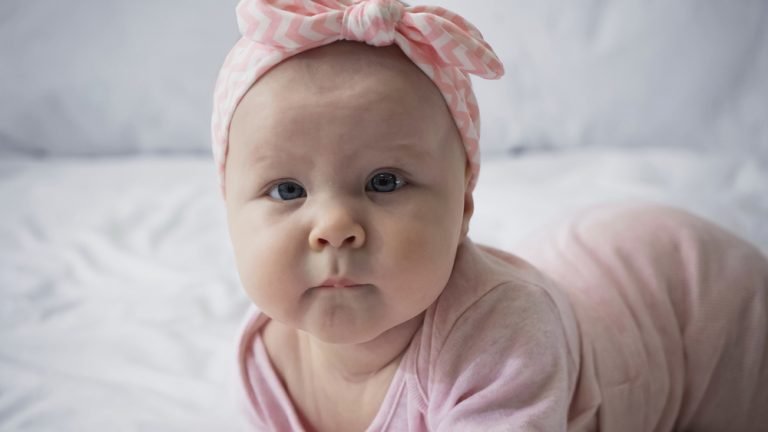 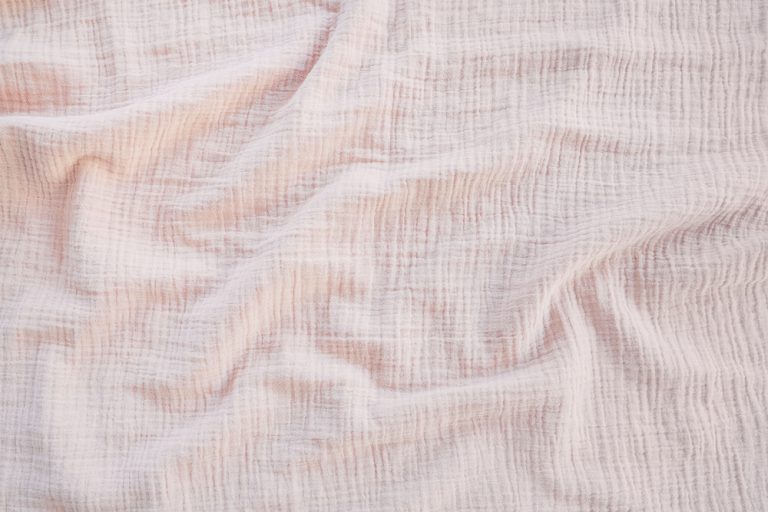 Muslin fabric is a lightweight fabric produced from cotton. Muslin typically comes in bleached and… 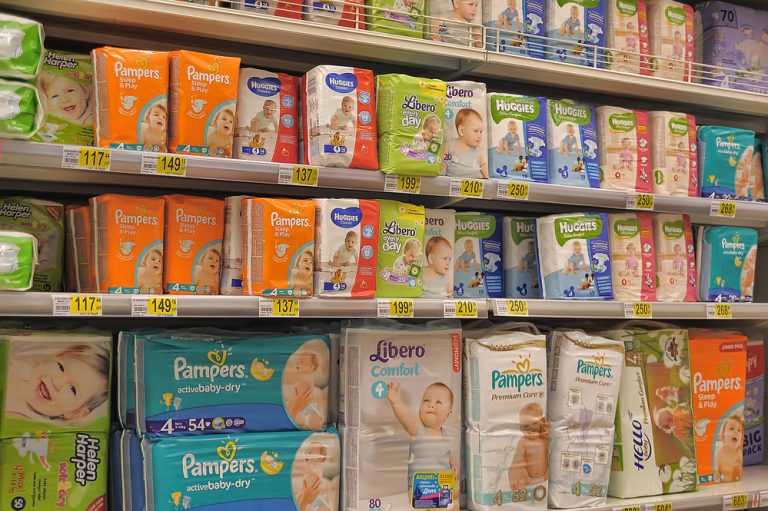 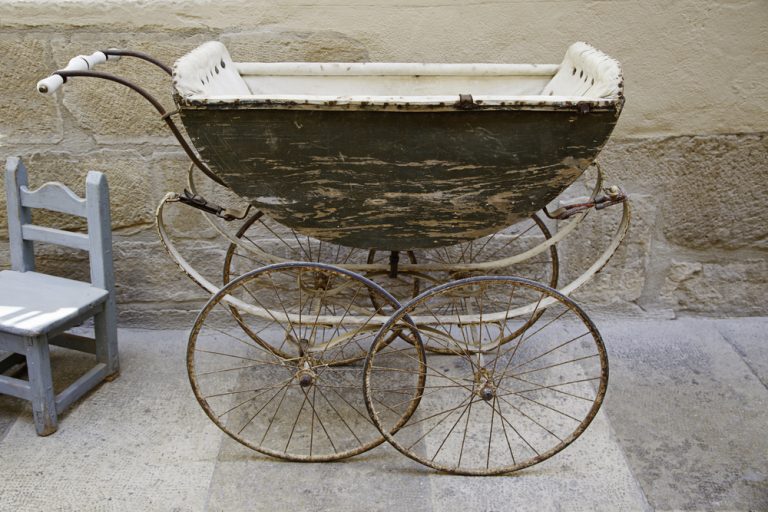 If you are like many parents, the history of diapers has probably never crossed your… 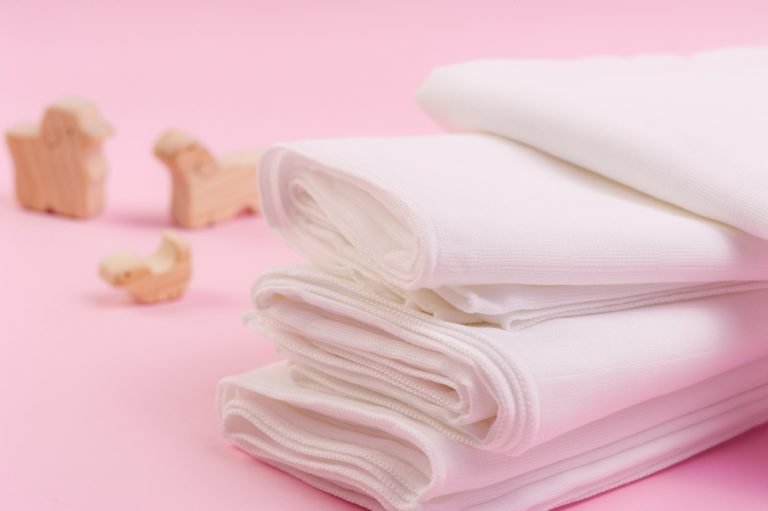 You may not realize it, but cloth diapers are a lot more complex than they…